As you know, different populations of children don’t always experience foster care in the same way. That’s why it’s so important to stratify your population—to take a measure of the whole group, and then break the results down by those child- and case-related characteristics that might make a difference in the outcome.

One of those characteristics is admission type—whether the spell in question is the child’s first spell in foster care, or whether that spell is a re-entry after a prior discharge. Springboarding off my earlier post on length of stay, this Recipe will show you how to break length of stay results down by admission type in order to see whether children entering care for the first time have similar lengths of stay as children returning to care.

Question: Do children entering foster care for the first time stay in care as long as children re-entering care?

Here are the results for the county I analyzed: 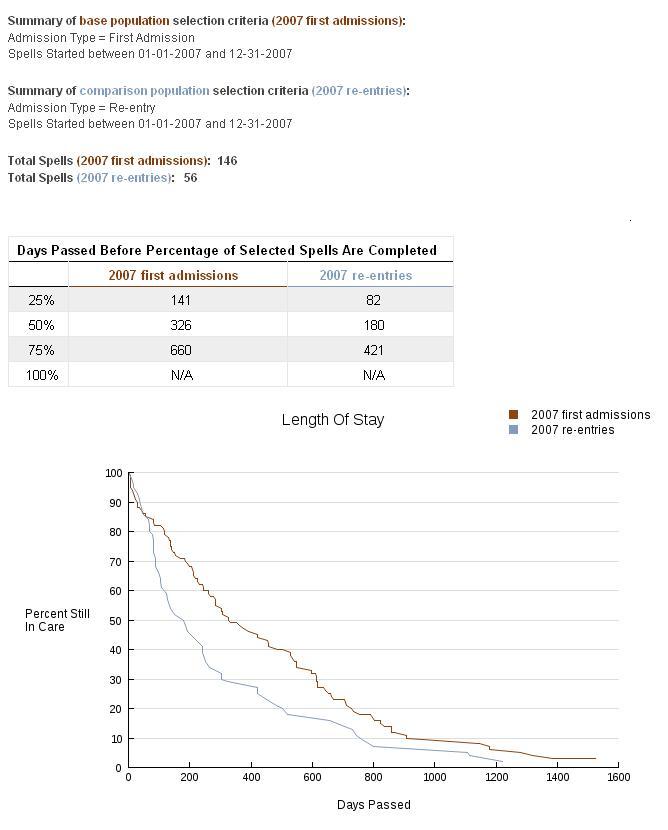 Now, as in all research, this finding sparks more questions. Why would first time entrants have a longer length of stay than re-entrants? We can use the web tool to learn more about our comparison groups and get closer to the answer. Click to the next post to learn how.

← Recipe: Length of stay over time
Recipe: How are my comparison groups similar and different? →